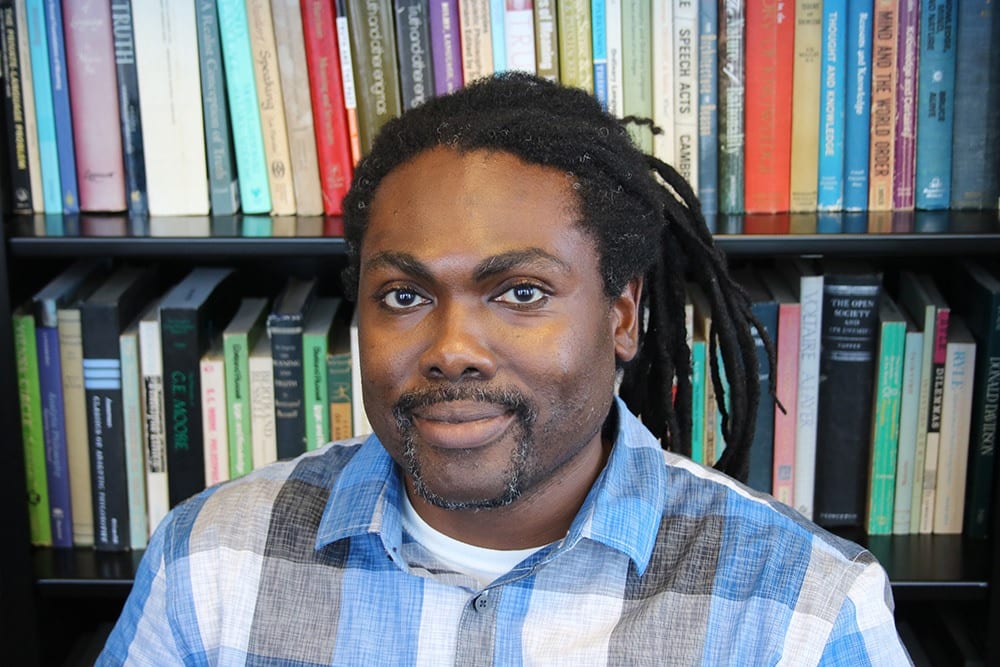 Our graduate students are doing amazing things! One such student is Melvin Douglas. Melvin is graduating this summer with his MA in Religious Studies, and he plans to pursue a Ph.D. in Religious Studies at Emory University, in the American Religious Cultures program. In this interview, we talk with him about his experience at GSU and his plans for the future.

Why did you decide to pursue an MA in Religious Studies?

I want to teach at the university level, so I knew that I had to pursue a graduate education. I had a great experience in the undergrad program that changed my way of thinking about religion in many ways. I knew that I would have an even greater experience in the MA program. Additionally, the MA program at GSU is highly regarded by faculty at other local institutions.

What were some of your favorite courses and assignments?

It's truly hard to pick a favorite course, but one of them would be the Theory & Methods course that I took with Dr. Herman. This is a necessary course for anyone who wants to seriously study religion as a scholar. This was THE course that foundationally altered the way I approached the study of religion. In studying religion, I think that the knowledge of how to approach the topic critically may be perhaps the most useful tool in the scholar's toolkit. Next, I'd say "Race, Religion, and Nation" taught by Dr. Moultrie. The intersection of race and religion is one of my academic interests. I'd taken this class as an undergrad. However, retaking it allowed me to go much deeper as a grad student who had studied theory and method. It was like taking a completely different class. She allowed enough freedom in the class, that it took on an entirely new life for me and was a catalyst for a lot of new ideas that will travel with me into my Ph.D. program.

What was the best part of your experience in the Department of Religious Studies?

The best part was the conversation and exchange of thoughts that I shared with faculty and students. I learned so much in class, and even more in-office hours discussions and impromptu scholarly discussions in the lobby.

What do you plan to do after graduation?

I am pursuing a Ph.D. at Emory University. I was accepted to the American Religious Cultures program and am specializing in African Heritage Religions, with a focus on the practice of Ifa in Atlanta. I've been afforded the opportunity to TA in my first semester this fall under a noted scholar and Ifa priest. I'll spend a lot of the summer preparing for language exams in August and enjoying some downtime with my family.

I cannot stress enough how life-changing that my experience in GSU's Department of Religious Studies has been. I have been given the academic freedom to craft a course of study that worked best for me. The support that I've been given has been superb. This department is held in very high regard. We may be small, but I still consider this the best and most supportive department at GSU. The faculty and our students should be praised.