One of the great things about Georgia State University is there are so many opportunities for student success. One of the lesser-known programs is the GSU62 program, which allows individuals aged 62 and older to enroll in classes and pursue a degree for little to no cost. In the department of Religious Studies, we have had several amazing GSU62 students. In this post, we have an interview with Ellie DeBacher, a GSU62 student who started in Spanish and ended up pursuing an MA degree in Religious Studies. For more information on GSU62, please go to this website: https://admissions.gsu.edu/bachelors-degree/knowledgebase/gsu-62-program/ 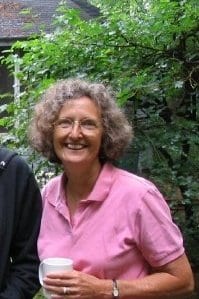 How did you find out about the program?

I’m not sure how I first learned about GSU62; I had known of similar programs on offer in other states. Soon after my retirement, I enrolled in GSU62  as a non-degree student of Spanish. That was an easy entry point; I simply had to fill out a two-page application, provide proof of a college degree and Georgia residency, and enjoy several excellent Spanish classes. After a few years, I realized that I could actually earn an advanced degree practically free of charge. Exploring course descriptions in the catalog, I noted that the Religious Studies department had the most intriguing offerings. Initially, I planned just to dip into a few courses.  When I simply showed up for a summer course on Modern Islam, I was encouraged to complete new forms in the Graduate Registrar’s office and was granted permission to remain in the class.

What do you think makes the GSU62 program great?

The financial incentive of the GSU62 program is an important feature.  When I was enrolled (2012-2016), I paid only for books and for public transit (which after age 65 was less than half-fare). Even more important, however, are the opportunities offered to elders to interact with students of diverse backgrounds - young people as well as other so-called non-traditional students. Within the Department of Religious Studies, my work received serious attention and helpful feedback.  Both professors and students were respectful of my contributions to class discussions.

What are some of the highlights from your experience in the Religious Studies MA program?

It’s hard to know where to begin; every course offered opportunities for growth. I recall that in Religion in the American South, I was able to explore the visionary art of Howard Finster and Sister Gertrude Morgan. Two iterations of Religious Dimensions of Human Experience lured me out of my comfort zone.  In the first of these, we were challenged to submit some illustrated notes on particularly challenging readings; in the second, we were assigned small groups for developing podcasts. A course on War and Religion featured guest speakers in addition to riveting lectures by the professor. Religion and Literature focused on seven specific novels, with small groups of students following up on the professor’s lectures on each novel. One of the instructors in the department teased that I had taken only his “fun” classes:  Religion on Site in Atlanta and Death and Afterlife, both offered during summer sessions and featuring informative field trips.  Both also included the usual serious academic reading and required papers. Beyond the classroom and field trip experiences, I recall several informative presentations by guest speakers on refugee issues, medical ethics, moral/ethical problems for Georgia legislators, and more.  Students and guests presented a variety of topics at Pizza Tuesdays and special seminars. Indeed, as I consider this question, I am reminded of the consistently rich banquet of offerings provided to both graduate and undergraduate students. 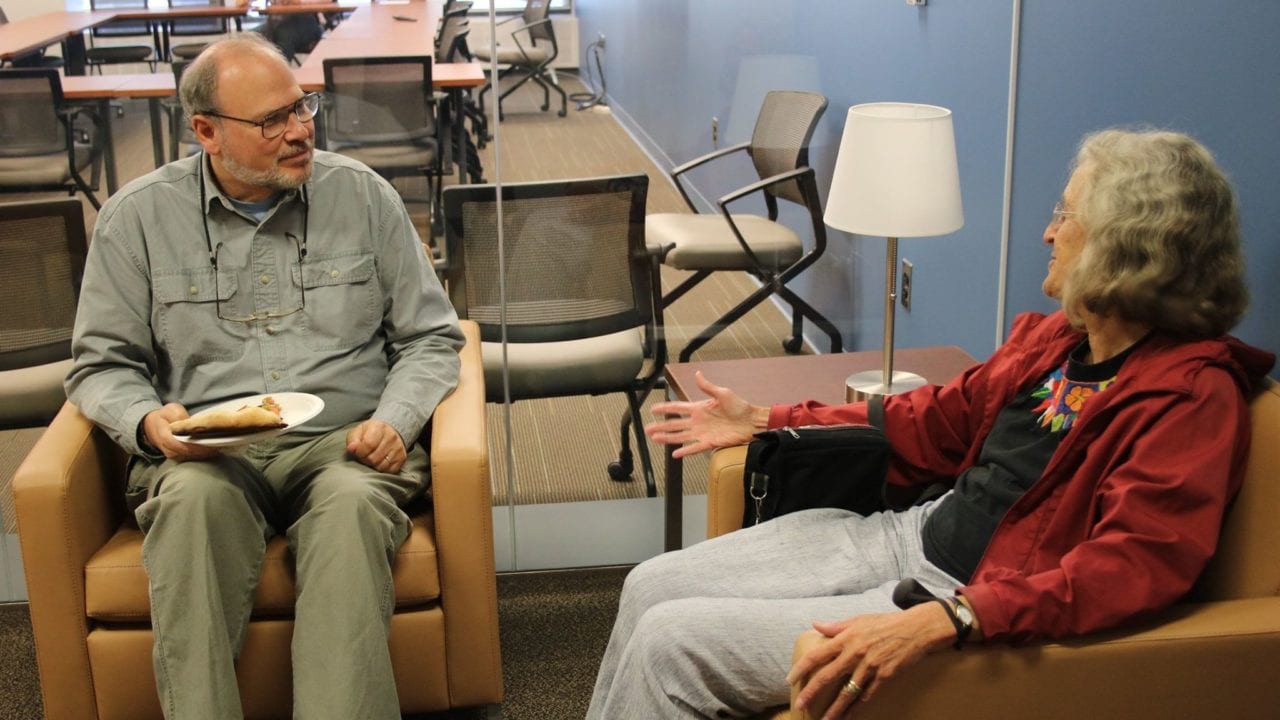 What are some things you did in the program that you might not have done otherwise?  Did you learn any new skills - tech, etc?

The aforementioned podcast development was something I never would have undertaken outside of the program.  (I barely knew at that point what a podcast was)!  Other aspects of technology, such as searching library databases and formatting annotated bibliographies, were a stretch, but I was always able to access the tech help I needed. One department offering that I regret not having been able to experience was the out-of-country travel; trips to Turkey and to Lourdes were offered during my time in the program.

What struggles did you face during your time in the program? Do you have any advice for overcoming them?

The most serious hurdle was having to take the Graduate Record Exam (GRE), but I understand that that is no longer a requirement.  Another challenge was the process of actually gaining admission to the university; here it helped to have taken my first classes as a non-degree student, thus getting to know a few professors who encouraged me to apply.  I found that people in the office of Graduate Arts and Sciences were generally helpful during the admissions process and later if I had questions about university policies required of all graduate students, including those in the GSU62 program. Initially, some aspects of academic writing were a challenge after a long absence from formal academic study. One professor reminded me that a decent paper written as an undergraduate was less acceptable in a graduate program.  Then, she offered to set aside time to discuss how I could improve my writing.  As a retiree, I had fewer struggles with time management than some of the younger students who were taking several classes while working to pay their tuition.  My main difficulties had to do with needing to take time out to help with a new grandchild and, later, with caregiving for a sick family member. Professors were willing to work with me to find solutions.

When you reflect on your experience, what things do you value most from it?

Above all, I value the rich relationships with professors and other students.  It was enlivening to spend time with people of different ages, cultures, and backgrounds.  It was fun to claim bragging rights in social situations outside the university context - not many septuagenarians of my acquaintance were earning a master's degree in Religious Studies at a public university. I expanded my horizons through reading material I would not otherwise have read, and by participating in discussions with people I would not otherwise have met. Degree students who enter the GSU62 program as soon as they are age-eligible could look forward to second careers upon completion of the degree. For me, the degree has mainly been a life enhancement, but there are options to continue further graduate study in other departments or universities as some members of my cohort have done.  I myself have benefitted in large and small ways from my experience - with broadened perspectives, greater empathy, expanded vocabulary (which at first I thought of as jargon!), and increased confidence in doing things as mundane as navigating Marta!